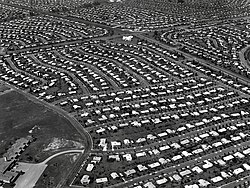 In the aftermath of the Second World War, America experienced an economic boom that created the largest middle class on Earth. The problem, of course, was this prosperity did not extend to everyone. An immense underclass existed, especially for minority populations; the 1960s became a revolutionary era of expanding economic and political freedom — one with its own excesses and unintended consequences. In its wake, the American investor class exploited the resentment and malaise of whites to pursue its own oligarchic agenda. Today, the fear- and bigotry-based politics of Lee Atwater take full and hideous flower in the form of a tea party.

It had long been realized that the only secure basis for oligarchy was corporatism. Wealth and privilege are most easily-defended when they are possessed jointly. The so-called “deregulation of private industry” which took place in the later years of the 20th century meant, in effect, the concentration of wealth in far fewer hands than before; but with this difference, that the new owners were organized.

In the years following the Reagan Revolution the investor class was able to step into this commanding position almost unopposed, because the whole process was framed as an expansion of freedom. The doctrine of Laffer curves said that if capital were set free of taxation, prosperity would inevitably follow; and unquestionably capital investment was encouraged this way, but not so for prosperity. Factories, mines, oil wells, mortgages, finance — everything has been deregulated, and since these things are no longer responsible to the public it follows that public properties must be privatized, too.

The tea party, which is essentially a new brand-name for the conservative movement and has inherited its phraseology, has in fact carried out the main item in the deconstructionists’ program, with the result, foreseen and intended beforehand, that joblessness and economic inequality made enormous by conservative economic theology threaten to become permanent.

If the previous three paragraphs seem familiar, it is because I have adapted them from George Orwell’s 1984. Big Brother has long been a favorite bludgeon for conservatives, who relate it to “Big Government” very closely in a bid to strike fear into listeners’ hearts. Having read and reread the novel several times, I am convinced most of those who respond to this line have never actually read the book, and so do not recognize that they are responding to the very style of propaganda Orwell deconstructed.

This blog has adequately documented nontroversies arising from the wingnutosphere, passing through the FOX News/Radio Rwanda fear factory, and stovepiping directly into mainstream (so-called “liberal”) media outlets. ACORN, the president, and Cordoba House have been turned into Emmanuel Goldstein — symbols of a nebulous other-ness threatening the fabric of American society. Liberals laugh when Oklahoma’s legislature bans sharia law; they may ridicule  the move as baseless bigotry, but they are not its intended audience. Right-wing rhetoric is infused with end times and apocalyptic clashes of civilizations very much like the two minutes’ hate, and just like Orwell’s fictive world it does not matter if the threat represented on the screen is real or not. When the main character asks his torturer if Goldstein is real, O’Brien replies:

That, Winston, you will never know. If we choose to set you free when we have finished with you, and if you live to be ninety years old, still you will never learn whether the answer to that question is Yes or No. As long as you live it will be an unsolved riddle in your mind.

The war in Orwell’s novel is not meant to be won, you see, but rather meant to be continuous. A frightened population is essential to maintaining a hierarchical society. Thus we see the continuous invocation of bogeymen by Glenn Beck for the sole purpose of returning Republicans to power. Just as the scorched-Earth politics of the Republican Party have distorted and damaged  all three branches of government, the politics of division and resentment do real damage to American social cohesion. But the right does not care: the goal is to take power, by any means necessary, for the sake of having it. O’Brien tells Winston:

The Party seeks power entirely for its own sake. We are not interested in the good of others; we are interested solely in power. Not wealth or luxury or long life or happiness; only power, pure power…Power is not a means; it is an end. One does not establish a dictatorship in order to safeguard a revolution; one makes the revolution in order to establish the dictatorship. The object of persecution is persecution. The object of torture is torture. The object of power is power.

What escapes many readers about this famous novel is that Orwell was himself an unabashed socialist of the G. B. Shaw strain, though he despised Soviet communism. Teabaggers may say that fascism and socialism and communism are the same thing, but they are not; and tyranny is not only possible without them, it is indeed very possible to wrap it up in a flag and a cross. “The object of torture is torture” very aptly describes President Bush’s cavalier admission to ordering the waterboarding of Khalid Sheikh Mohammed. Not only was no intelligence gleaned from this act, but the torture was never really about producing intelligence. Rather, it was Orwell’s “boot on a human face” justified by confrontation with Eurasia Eastasia communism socialism China al-Qaeda Saddam Hussein Islam. It is no coincidence that Cordoba House, the mosque-that-isn’t-even-a-mosque, became an issue in the summer of a midterm election. The nontroversy over 51 Park Place in Manhattan belongs in a textbook about authoritarianism to be distributed to every news anchor in America; this ugly resurgence of reactionary politics took on a life of its own before it occurred to mainstream media that a community center might not be a mosque. Goebbels’ “big lie” held true: by calling it a mosque several thousand times, the narrative of a Muslim victory trophy two blocks from ground zero was constructed well in advance of mainstream attention to the utter absence of minarets in its design. There doesn’t have to be a “there” there as long as Glenn Beck and Michelle Malkin can put one there. The rest is merely up to the media to act as stovepipe, blowing smoke into the public discourse by “reporting the controversy” as if that was real news. Debunking, fact-checking, and responsive opinion never quite catch up to the lie.

These memes show up all the time in conversation. Consistently, people who describe themselves as conservatives ask me the same hushed question: do I think Barack Obama a Muslim? This ugly and stupid little lie isn’t the least bit about race except that it is, and its counterfactuality — evidenced first by the contrary image of Jeremiah Wright, later by the president’s public consumption of beer and pork — never occurs to people on their own. To call one’s self a Ten Commandments-Christian, and then to repeat such lies, requires a rationalization the equal of Orwell’s crimestop,

the faculty of stopping short, as though by instinct, at the threshold of any dangerous thought. It includes the power of failing to perceive logical errors, of misunderstanding the simplest of arguments if they are inimical to Ingsoc, and of being bored or repelled by any train of thought which might lead in a heretical direction. Crimestop, in short, means protective stupidity. (Boldface mine)

Indeed, as the conservative movement has lurched ever-farther to the right it has promoted idiocracy at every level: the Texas State Board of Education, the White House, Congress, state houses, governors’ mansions. Republican freshmen in the class of 1994 burnished their credentials with ignorance, proudly telling supporters they had never even held a passport and so knew nothing about the world. Sarah Palin told her audience at the February 2010 Tea Party Convention that her son Track, then deployed overseas, had never watched C-SPAN; the audience cheered. Michele Bachmann rose to prominence by excoriating the Goals 2000 education standards for the inclusion of exercises in cross-cultural empathy. Blissful ignorance — of science, of other cultures, of empirical evidence — strengthens the faithful for the warlike politics of division. Ignorance is strength.

As noted above, conservative electoral behavior has been marked by divisive political speech. It is not strange that a political movement so quick to identify and demonize foreign threats (real or imagined) has also seized on so many domestic enemies the same way. One by one, every nonwhite ethnicity has been a target of open or sublimated bigotry; gay and liberal Americans have been the object of eliminationist rhetoric. Reversing Clausewitz’s axiom, the Republican Party has treated politics as the continuation of war by other means. Ostensibly this is to ensure social peace and tranquility, but white conservative voters are protecting privilege. If their peace comes at the cost of another American’s, so be it. War is peace.

You will hear this over and over again when talking to the tea party: how the country is slowly being taken away, and they want it back. How the country is turning brown, and they want it back. How the future of their children is being mortgaged away to support everyone else’s children, and they want it back. The Republican noise machine has been particularly consistent about framing these demographic issues as a zero-sum game: rights for them is a loss of your rights. Jobs for them are lost jobs for you. Fairness, we are told, is just political correctness, and equality a naive liberal obsession. By conservative theological light, poverty and unemployment are  always deserved — no matter how bleak the economy or how deep the offshoring. If government were to set us free of inequality and poverty, we would forget how to be free. Freedom — from starvation, insurance rescission, or coal companies poisoning the watershed — is slavery.

The paranoia of control — that deep-seated narrative of reactionary politics in which “they” want to rule “us” — is an authoritarian projection. People who draw Hitler mustaches on Obama’s picture, in other words, are telling you about their own minds. The Kentucky curb-stomping of Lauren Valle is Orwell’s boot-on-a-human-face made terrifyingly concrete. Paranoid, divisive politics have worked this cycle because the very class most affected by the failures of conservative orthodoxy have been whipped into a frenzy by their loss of privilege. The GOP won suburban voters by 13% at the very same time their communities are suffering most from recession:

Researchers at Brookings who have been looking at the changes in metropolitan areas found that while the unemployment rates between the cities and suburbs 20 years ago had been generally at least two percentage points apart, now they are within one percentage point.

“The first year of the recession was disproportionately hard on the suburbs,” Miss Garr said.

The issue is most dramatically evident in the statistics of people who receive assistance through the Supplemental Nutrition Assistance Program, commonly referred to as food stamps.

They are the fear they want us to feel. They are the disaster they would prevent. Their faith in invisible hands has led to debacle. They remain powerful because they posit a world so very simple and easily-comprehended: Oceania has always been at war. Uninterested in governing, their governance has produced inequalities familiar to any reader of Orwell.

This is how oligarchy has taken possession of America. Glenn Beck misspells it on his chalkboard not to deconstruct it, but to defend it.